Armed Forces Officials Welfare Organization (AFOWO) is a social service organization, functioning with an objective of promoting and facilitating welfare of Serving and Retired Armed / Defence Forces as well as Para Military personnel. The society is registered under the Societies Registration Act 1860 (vide Registration No. S/1431), and works on a ‘NO PROFIT NO LOSS’ basis.

The objectives of AFOWO, amongst others, include facilitating provisions of residential units (residential plots, apartments, independent floors, farms etc) by promoting housing schemes in cities all over the country as per the demand of Defence and Para-Military personnel and their families.

Although AFOWO does not construct any projects on its own, it ties up with reputed builders /developers to provide the best in class dwelling units to its members at genuine prices.

In the past, AFOWO has delivered many housing projects directly benefitting thousands of families of Defence and Para Military personnel. Presently, the society is inviting applications for 2/3/4 BHK apartments in Raksha Towers, coming up in the fast developing area of Greater Noida West (Noida Extension).

AFOWO is headed and managed by retired officers of Indian Defence Services, with active support of experienced professionals from various fields. 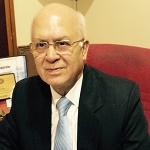 Gp Capt Yudhvir Talwar (Retd), President of AFOWO, was commissioned in the flying branch of IAF in 1965, and has actively participated in the ’65 and 71’ Indo-Pak wars. He has known mainly bomber aircraft in IAF. Holding important posts in IAF at command level and staff appoint at Air Head Quarters, undergoing important courses and serving the IAF with full integrity, he retired in 1996. Post retirement, Gp Capt Talwar involved himself in welfare activities for armed forces personnel, including various group housing projects. He served as the President of Air Force Naval Farms Society(the AFNHB Project), Additional Secretary of Raksha Retreat II, as well as implemented a housing project as President of Armed Forces Officers Sehkari Awas Simit Ltd in Greater Noida.

With a resolve to work towards welfare of defence personnel and their families, we are planning more affordable group housing schemes, and hope that our patrons would take advantage and immensely benefit by availing homes in our forthcoming projects.